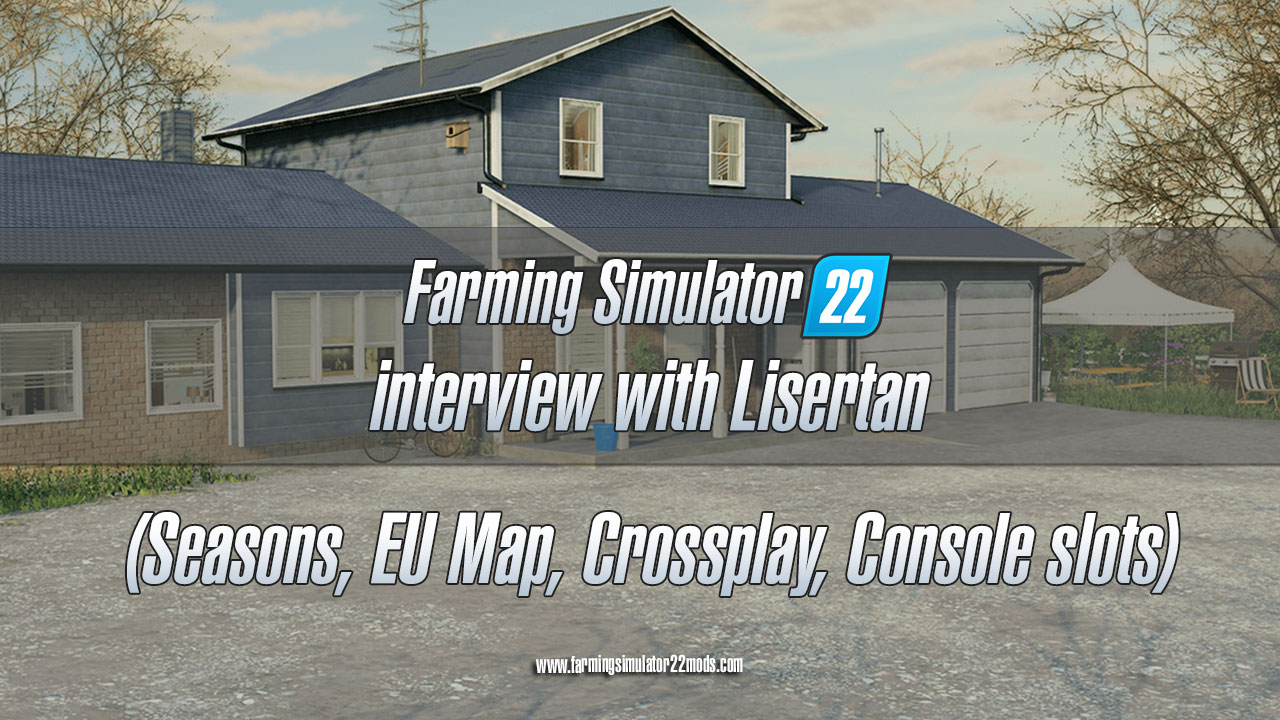 If you are an avid player of LS17 or LS19, you are probably very familiar with the Seasons mod. It is very important for a lot of players, nobody really imagines their game without using it. When Giants Software announced that Seasons will be somehow included within the Farming Simulator 22 original game, it definitely got the players talking about it – it was an upgrade that was dreamt about for so long!

However, the game developers already hinted that this new feature will be different from the original mod and there actually will be more seasons that the mod has. Lisertan mentioned that some of the changes mentioned were the ability to deactivate some functions of Seasons in the Farming Simulator 22.

Some very clever players of the Farming Simulator 22 noticed certain screenshots of the maps that could indicate a map of the EU in the southern part of the sector. Also, these rumors were backed up by another interesting fact – a French license plate on the Massey Ferguson tractor was noticed in the game.

This could all mean EU maps coming, but Lisertan couldn’t really say yes to all of these, however, it seemed that he was quite impressed with the level of detail that FS players can spot.

One of the things that we know was confirmed by Lisertan is that there will be individual license plates in the FS22. Right now we know that every player will be able to choose a license plate for these vehicles, but that is the only confirmation as of now for the FS22.

Something that the players have longed so much is the crossplay between the community of different devices such as PCs, Xbox Series and PS5. The game developers have actually said they would like this to happen very much and Lisertan has confirmed it in the interview, but the thing is that this sort of decision is not on their hands, but instead, it is on Sony and Microsoft.

Since there are already games that can be run across all consoles (Xbox and PS5) and PCs, it definitely gives hope for Farming Simulator 22, but this sort of feature is not yet confirmed, unfortunately.

This was finally confirmed by Giants together with the new release date of FS22 that there will be multiple slots for consoles.

Lisertan also has mentioned that this is possible because of the new generation of the consoles – Xbox and Playstation, but also because the further optimization of the Eiants Engine 9.0 has made it possible to have more slots in the PS4 & Co.

Extra information up until the release

The new release of the LS22 is going to happen in the last quarter of 2021 (Q4) – probably October to December time. Unfortunately, due to the pandemic, physical events like FarmCon 21, E3, or the Gamescom will not be taking place.

Lisertan mentioned that actually, Giants Software will be holding digital events if that is going to be possible at the time in order to give information about all the new things happening for the FS22 game.

Interview Video below (only DE)