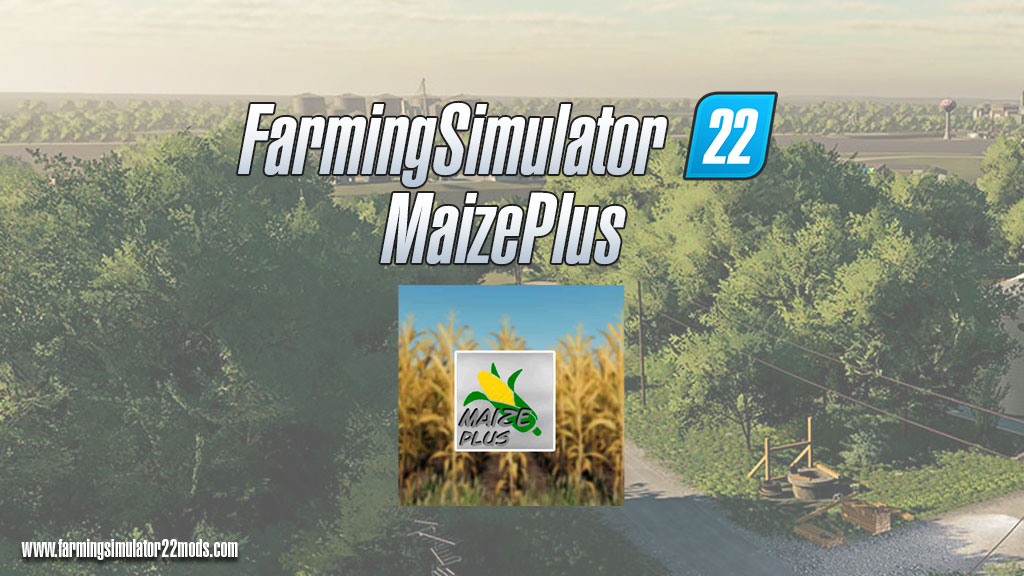 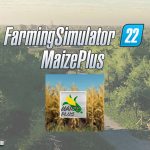 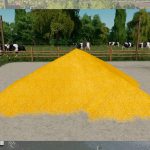 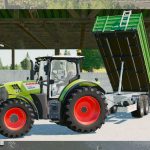 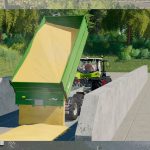 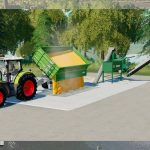 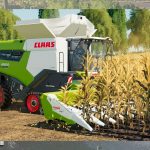 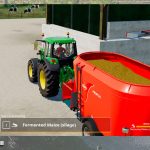 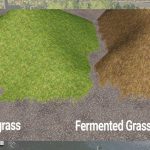 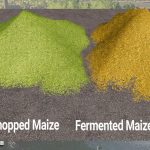 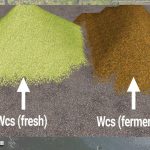 Made by The-Alien-Paul and Modelleicher, The MaizePlus and MarzePlus CCM mods for Farming Simulator 22 makes the game even more realistic.

The general premise is simple. Those who played the game will remember: when you put anything in the bunker silos, it turns into chaff.

With this mod, you get an additional layer of realism – namely, through the different types of silage, simulating real-world cases. In addition to that, it also includes a different way to feed the pigs.

Let’s have a look at some of the main features in detail:

Chaff is the ultimate umbrella term on Farming Simulator 22: it means everything that can turn into sillage. Of course, this isn’t the case in real life, and with the MaizePlus mod, you can see a bigger variety of the materials coming in and out of bunkers. Just like that, the game goes even closer to fully representing what happens in the farming process. The second type of silage is made out of corn: after harvesting corn, instead of maize, you’ll get fresh chopped maize. Then there’s the grass variety: after collecting grass with a forage harvester, it’s going to produce silage grass. All of these silage types are perfectly suitable to be fed for cows. For even better results, they can be used as a part of TMR. Another interesting feature of the MaizePlus and the MaizePlus CCM add-ons allows you to take your harvested corn, and turn it into a new type of feed – known as Corn Cob Mix, or CCM for short. It’s super energy-dense, and is used in the real-world as a feed option for fattening pigs and cattles.

In FS22, this excellent option can be used as pig feed: here’s how. Fill up a bunker silo with your corn flour From here on out, follow the same process as you would with standard silage. A while later, regular CCM should be nice and fermented, turning into a CCM powerhouse for your pigs to enjoy.

Sadly, you can’t make bales of CCM. Instead, you can use a baler to make silage bales of the fresh materials – that will still be more efficient than covering them in the bunker. Another interesting feature is the filling up of your silo bunker. Depending on what you add it in, the displayed materials change as well.

As of now, the requirement states for the silo bunker to be less than 4000 liters.

If, for example, your silo has 3000 liters of raw CCM, and you want to fill it up with grass silage – you can.

Simply unload the first load of grass into a bunker, and the CCM will automatically turn into a different type.

Since there are several different types of silage available, it also needs visual information.

So, as a part of the mod, The-Alien-Paul has also added some new, great-looking textures.

Limitations of the add-on

These mods have their limits, too. One of the major ones being the heightType limits. These limits set the rule of how many types of different materials (wheat, corn, chaff) can you tip to the ground on FS22.

This pile of corn is one of these types:

And this is where the issue is.

For those not keeping score at home, this adds up to 29. That’s below the limit!

However, not everything is simple here. If, for example, you play on a map that includes various extra crops or fruits, the mod would simply be unable to support it. There is no obvious solution to this problem. To solve that and use this mod on the maps with additional produce, you could try playing maps with modified heightType limits. Another issue of this mod comes from the Seasons mod: now less relevant, considering that seasons are essentially a part of the game. But if you’re still playing with Seasons on, beware:

The base game includes 23 heightTypes, MaizePlus and MaizePlusCCM add 4 and 2 more respectively. Then, Seasons includes 3 more heightTypes, pushing the game comfortably above limit.

The only way to play the game with the mod on? Simply use the MaizePlus add-on, and leave out the CCM extras.

One of the add-on’s creators, The-Alien-Paul also included a great video to go along with the add-on. Check out the video to learn more.

All in all, this is an excellent mod. We tip our hats to the creators on the mod, the aforementioned The-Alien-Paul and Modelleicher for their work.

All the required mods are available within the base game’s modhub. You can also check it out in the official download page.