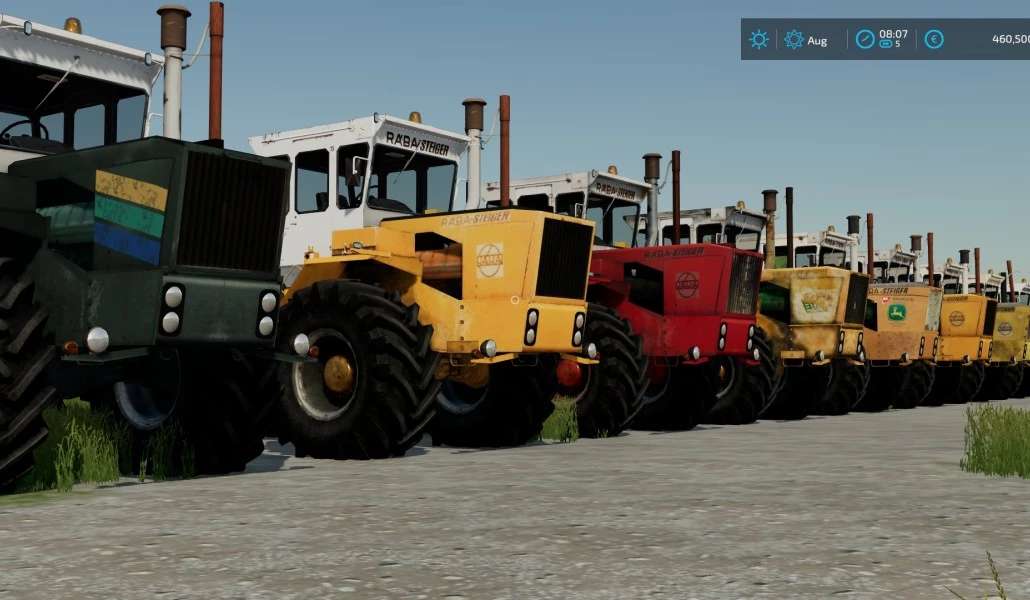 The Rába-Steiger 250 tractor is a four-wheel drive, high-performance power machine, an improved version of the Rába-Steiger 245.
Its engine is now air-cooled and has a lower rated speed, and the type of turbocharger has also changed.
A more powerful starter motor and a new type of generator were installed. There is also an air filter insert status indicator.
New indicator, control and fault indicator lights were placed on the dashboard, and the old steering wheel was replaced with a Hungarian-made one.
The start was solved with a new start push button instead of the old rotary start switch.
With the new cold start hand pump button, you can use a special cold start mixture to make starting easier
it is advisable to inject it into the intake pipe of the engine and use it at an ambient temperature of -5 oC.
The driver’s cab was equipped with a slip indicator on the upper right side. The cabin received a new AGIS-PTUJ driver’s seat,
which can already be adjusted to the driver’s body weight.