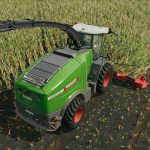 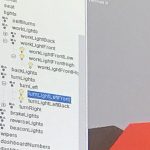 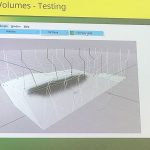 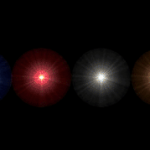 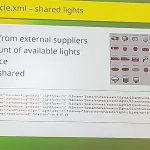 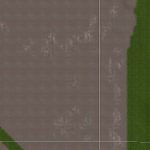 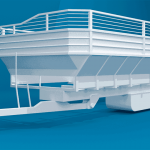 The waiting game is soon to be over – Farming Simulator 22 will be released in the last quarter of 2021. All of the player community is already super excited about it and it is no surprise! Many specifications and upgrades have already been made and announced. Everyone is extremely excited about the newest FS22 mods.

We are thrilled to tell you that Farming Simulator 22 was a topic of interest in FarmCon, so we already know a lot of hidden news. Two factors that we think you should read on:

However, since there are a lot of other important details, GIANT company will probably just provide us with material that you can buy containing all of the important presentations.

Currently, we only can learn from the screenshots and small bits that were leaked online, which is a good thing.

Read everything below, but don’t forget that this is not official information, but rather guidance of what has been heard and seen so far.

We can present you with something completely new – the older way of texturing is no longer relevant for FS22. The creators of the game, Giant company, are showing us the new and much more sophisticated technique – Physically Based Rendering (PBR). It is visible from looking at the image above that the Fendt Ideal combine is much nicer looking. The metallic texture is much more visible on the vehicle and that is the result of PBR, which gives us a much better quality of the graphics for FS22 mods. That is how this new PBR technology transforms the visuals of your FS22 game. Don’t forget about it When you are creating your own custom Farming Simulator 22 mod.

The main benefit of PBR is that you will have to do less adding of the textures or materials, but your object will look amazing anyway. This will save so much of your time.

Take a look at the chainsaw. These saws are made from plastic, rubber, and metal in most cases. If you decide to use PBR on making this FS22 mod, you will only need a simple set of both materials and texture.

Don’t forget that there isn’t yet any official information regarding this new technology, so the community must remain patient until we can hear a little bit more details from the game creators.

Texturing Globally on Tools and Vehicles in Farming Simulator 22

We can try and learn something new about the way textures work from this simple video from FarmCon18 that we got from a virtual farmer.

Find our interpretations of it below and also, don’t hesitate to let us know if you agree with them and if not, why that is. All of your insights are invaluable to us!

Having all of this information about the next modeling of Farming Simulator 22 should make you feel a little bit more relaxed about your future gaming experience. Why is that? Because according to VF, you will need fewer items to look through while playing.

Moreover, this new version will be very useful in many other ways. All of your new FS22 mods will be much lighter on Vram and have a much better-detailed surface and amazing quality. We cannot wait to tell you more about all the new polycounts recommendations for it.

You have to bear in mind that these are just guesses and thoughts of avid fans of the game, but if at least some of these things will actually be released, your whole FS22 game experience will become much more adventurous and cool!

If you have ever done any modeling, you will be familiar with nodes, for example, these – 0>0|0. Is this all-new information to you? Let us discuss this further then. Such codes are designed to describe an area of a map or a model. You can find them in XML. For example, in order to lower a mower, you need some instructions and these nodes will do that for you.

What is new, from all the visual screenshots that we have seen, it seems that the numeric nodes such as 0>0|1 are no longer apparent. They now have specific names such as “gasPedal” or similar. Of course, there is no 100% guarantee that this is all true, but we can suspect that this will be a global thing that will be relevant for all FS22 mods. As big fans of Farming Simulator games, we think that these are amazing changes and if they come true, it would be amazing. LS ModCompany forum also wrote that there will be drastic improvements and changes to the nodes, so we can assume that something like that would be becoming.

Have you ever experienced issues with function fillVolume in Farming Simulator 22? We definitely have and it happened to other players too. This function is responsible for filing certain objects – for example, a trailer. It is usually needed to perform a large number of tests before you fillVolume functions work as you expect – fills your object. This is because of the correct setting you have to do. However, we are thrilled to tell you that there are many rumors of big changes in Farming Simulator 22 mod making. It is being said that players will be able to try the very first fillVolume function in Giants Engine. How exciting is this?

Removal of Coronas in Farming Simulator 22

In order to make your vehicle lights bright and shiny, you had to use coronas in all older versions of FS. However, it appears that this has been removed from FS22 mods. You will be able to get this shine simply from the game’s engine. Also, we know that there will be another source of lights in the game – self-illuminating shapes. This sounds very exciting, especially for making new sort of shapes. There are some mods that players are able to share instead of making new mods. Those types of mods are tires, for example. This is very convenient, if you are in need of a tire, you can just pick an already existing one. What you have to do is just to inquire from Giant’s database of already modeled sets of tires.

This feature actually will remain in Farming Simulator 2022 as well, how cool is that? Moreover, we have heard rumors that actually, there will be some nice updates for this feature, which will make it so easy to remain intact with optimization standards. We are really hoping that this will be the case!

However, you could also say that having such convenient features in the game will make the creators lose their skills of making very custom and sophisticated mods. But don’t worry, it is absolutely okay and normal to utilize already existing templates of the model to build upon it and create a new one. It’s all about your imagination!

Update on Hoses, Lights, and Animations in Farming Simulator 22

There is news that the new version of the game will have hoses in it! What does it mean for you fellow farmers? Basically, hydraulic hoses will be available as well as hoses that can link seeders and tanks together. With such updates, it will be so much easier to create FS22 mod of a tank!

The community of Farming Simulator players is used to playing in the dark. However, in the new version of FS22 game, new illuminated dashboards with cabin controls will appear and the darkness will disappear forever! Moreover, right from the Giants database, you will find brand new lightning installed in the cabins.

For even better news, the cabins overall are expected to have animation even in the base of the game, which means that you will be able to have much more freedom and action in terms of FS 2022 mods for the cabins. No external scripts or XML will be needed anymore.

How to Create Farming Simulator 22 Mod?

Good practice on creating your own FS22 mod is to start analyzing already existing Giants’ mod. By taking it apart, you can actually learn a lot. However, the bad thing is that none of the Farming Simulator 22 mods have been launched yet. Most mod makers actually assume that the logic behind FS22 mod making will follow the previous FS19 releases. It could happen again that a new mod sample will be released before the actual release of the game as it has happened in the past. Lastly, you can always count on an already working and tested technique – just simply analyzing and learning from the models that are presented in the game. Or you can read our guide to create FS22 mods.

If you have ever tried to create a map, you probably already know how many limitations there usually are simply because of the patch texture. Of course, this is something that was needed in order to be able to maintain the right level of performance:

On the bright side, Giant company has confirmed that these limitations will be removed for the newer version of the FS22 game, which is amazing news for all Farming Simulator 22 mod makers. The maps will be even better!

Foliage layers are crucial if you want to grow crops and plants on the map. This layer is usually within the I3D document, but this time around or at least following LS Modcompany words, such FS 2022 mod layers will become a separate XML file. Such an amazing update will definitely save loads of players’ time, so everyone is really hoping for this to be true! The sound effects in Giants Editor will be improved as well. There is talk that the range of sounds will be wider as well as players will have better control of the sounds. Find all the important updates about this for most of the map modelers:

What about Exporter of Farming Simulator 22 mods? There is news from the Giant company that there will be a new exporter released. Blender fans will be so happy! Do you agree?

The reaction of Changes in Farming Simulator 22

As with every new release and all the possible updates that can help to create more awesome Farming Simulator 22 mods, some of the players do not seem so excited and even are very apprehensive about all of it. The main problem seems to be that all the upgrades will result in modders having to start over in creating their mods. It is also thought that a lot of these new things will not be easy to do as you will basically have to learn all the basics about it and that will take time. However, we really think that these changes are really needed for the game, so let’s try to see the positive part of the new FS22 releases!